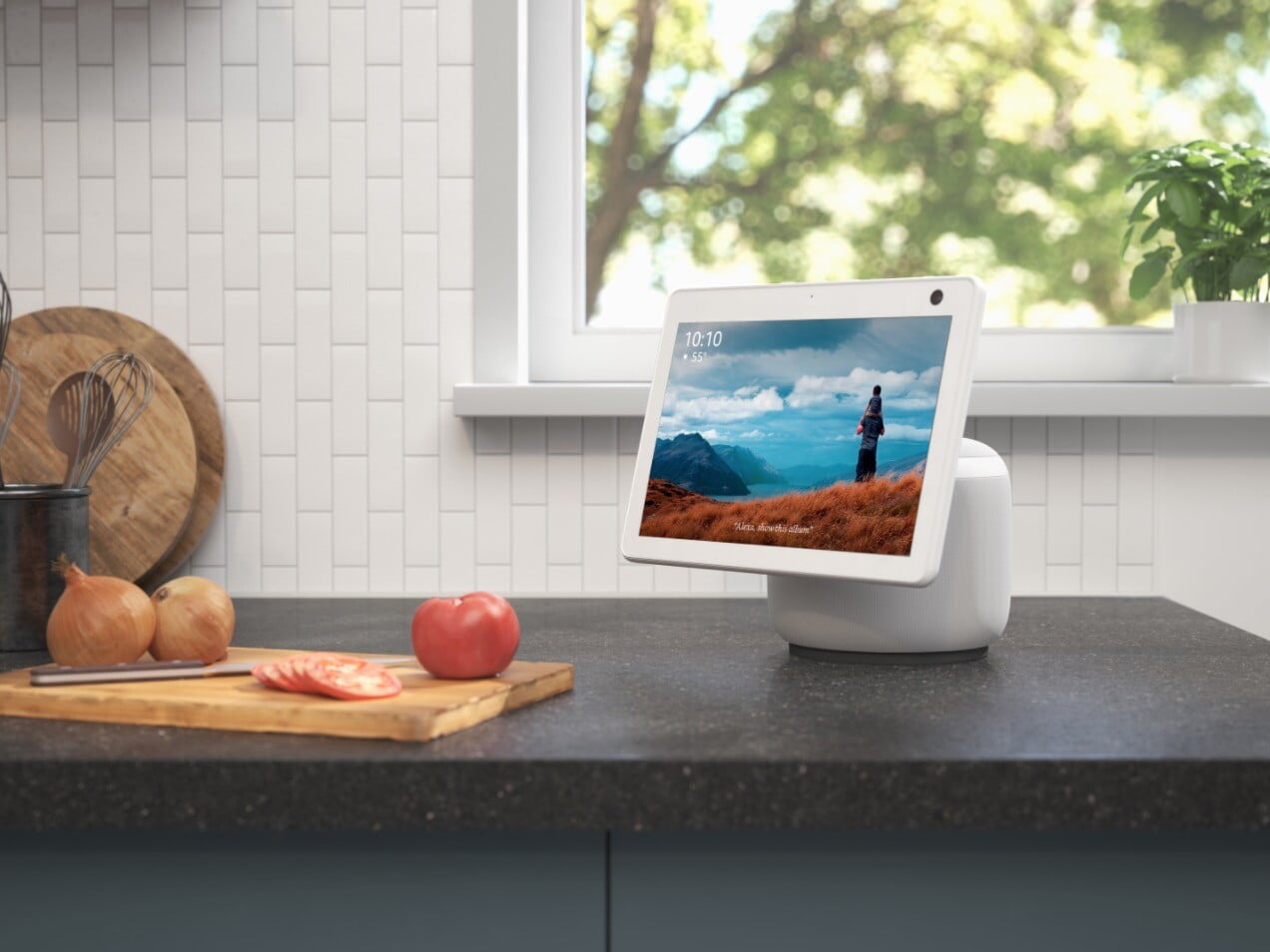 Amazon Echo Show 10 is presented, see here the specs and price of the new device. Amazon Echo Show 10, a new version of its speaker with a screen. As its name suggests, the device has a 10-inch screen and, as we can see in the image, a peculiar rotation system.

Rotation? Indeed, the Echo Show 10 uses artificial intelligence built into the device that is capable of detecting people (although not recognizing them, according to Amazon). If we move during, for example, a video call, the device will rotate automatically. The same if we are watching a series at when we are cooking: the screen will rotate so we can keep an eye on.

The device has a 12MP wide-angle camera, in addition to screen movement, there’s also an automatic framing feature so the user will always be in the center of the image.

Although the main feature is the new 10” HD rotating screen, the Echo Show comes equipped with an integrated Zigbee controller and with the new AZ1 processor that Amazon has designed with the aim of “accelerating machine learning applications,” according to the company. The idea, both with this new Echo Show and with the new Echos, is to make Alexa not only respond faster but also understand better.

Regarding the compatible videoconferencing services, Amazon has explained that throughout this year Zoom and Amazon Chime, Amazon’s own videoconferencing system, will be added to the new device. Additionally, Amazon’s own video calling system will also be updated soon with Alexa Group Calling, a feature that allows video calls for up to eight people. With the command “Alexa, call my family” you can make family video calls using this same service.

It also serves as a security camera

Since the camera has a kind of “security camera mode”, if you are away from home and want to see what is happening inside, you can connect via the app and rotate the Echo Show screen to see what’s happening around.

The camera, by the way, can be physically disabled. Amazon has also stated that all image and information processing for rotation is done within the device, and can also be disabled at any time with “Alexa, disable movement”

Amazon Echo Show 10 will have a $249.99 price tag and it will be available starting today in 2 colors, black and white.