How to shut down a Windows PC with a keyboard command? 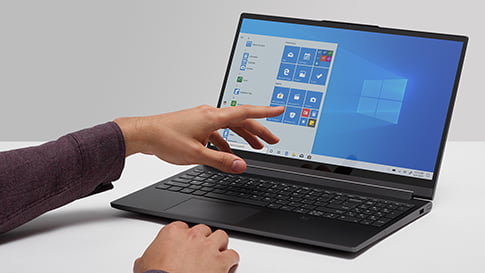 If you don’t know how to shut down a Windows PC with a keyboard command, we are going to help you out. Going to the Start menu is not the only way to restart or shut down a computer. Besides this well-known process, there are different ways you can try out for a faster process.

How to shut down a Windows PC with a keyboard command?

Press Alt+F4 keys at the same time. The Alt+F4 combination is also used to close the applications so you have to have all programs closed. Otherwise, shut down window will not pop up. After you press the Alt+F4 a window will open with a drop-down list of various options: switch user, sign out, sleep, shut down and restart. You can move between options with arrow keys, after choosing shut down press Enter.

If your PC freezes for some reason, you will not be able to go to the start menu to turn shut it down or restart it. But there is a popular trick that allows you to turn off your computer. You have to press three keys at the same time: Ctrl+Alt+Del. The screen turns blue and you have several options. What you have to do is to go down with the keys until you reach the shutdown circle. This is one of the utilities of the Task Manager in Windows. You can also learn how to use Spotify keyboard shortcuts on Windows 10 PC in this guide.

Your PC keyboard probably has a key with the typical four-square Windows icon. Click on it and the Start menu will appear on the left side of the screen. First, you have to hit TAB once (the two arrows facing in different directions) and you will see that the first tab on the top right of the menu will be highlighted. Go down to the shutdown section, press enter, select shut down with the down arrow button and press Enter again.

If you press the Windows button + X, many functions will appear. The first one starting from the bottom is for going to the desktop and the second one is for shutting down or restarting the PC. After choosing shut down, press “Enter.”

The Windows commands are used to access many different tricks (some very beneficial and others that can bring you problems in your PC) within Windows. In this case, press Windows + R, and there you access a square in a pop-up window. On the line where you can write, you must type the word shutdown -s and then hit “enter” and the PC will simply shut down.

If you want to learn how to create a USB recovery drive for Windows 10, check this guide out.

Dwarf Fortress: How to feed animals?

Pixel Piece codes (February 2023): How to redeem them?