Is Overwatch good? Today we will explain why is Overwatch successful. Blizzard Entertainment is a real video game industry powerhouse, a gigantic studio that consistently produces megahits that redefine the field.

Orcs & Humans, the original Warcraft game, helped usher in the real-time strategy craze of the 1990s, while Diablo established the action-RPG style. And StarCraft elevated video games from a hobby to a professional sporting event. There was a rumor circulating about Korean males: It turns out they play Starcraft with their future father-in-laws… It shows Blizzard’s games have become a big part of certain cultures and have a big impact. So first, let’s have a closer look at Blizzard to understand Overwatch’s success.

They may have been redefiners though they weren’t pioneers. Say, any MMO before World of Warcraft for instance. Competition preceded it, but it was the sure winner and the juggernaut of the MMO genre. When a developer is creating something new, maybe in a new genre, he prays to video game Gods to stop Blizzard from making something similar to their game. Otherwise, Blizzard would siphon all the players and the revenue…

Although Blizzard created numerous hard hitters, it was in a pseudo-stagnance for a huge period. It didn’t create any new IPs and stuck to what was working at that time, with multiple WoW expansion packs and nothing else. Because the monthly revenue from subscription-based MMO was raking in…This behavior wasn’t suitable for a company that created universes like Starcraft.

Since the revenue was so high from WoW, Blizzard tried to create a bigger MMO called Titans. In this game, Blizzard tried to pull off something completely different from the rest of the crowd. You were supposed to be an average Joe during the day, and at night, you’d become a supervillain or a superhero. Think of Dr. Jekyll and Mr. Hyde meeting Sims and Marvel at the same time.

But just like with any other good developer, a good developer’s biggest competition is itself. So Blizzard tried to outdo itself yet failed. The Titans project got stuck in the development hell for seven huge years. However, the assets and some of the concepts weren’t unsalvageable.

In 2014 they thought, “What if we remove the day Sims part and take the night heroes vs villains part out of Titans and make a new game?” In the meantime, a small group of developers were working on a side project the management didn’t believe in much. That small project turned out to be the juggernaut that is Hearthstone.

How Hearthstone was shaping up restored their faith in smaller projects and encouraged other Blizzard developers to pursue the “it’s small, but it’s mine” approach. They decided to make a multiplayer game with heroes. Even if heroes leveled up, their move sets wouldn’t change, unlike WoW, yet they’d be different from each other.

And four years later, that game turned out to be Overwatch. With that said, we know why you are here, and we are ready to deliver the goods.

How is Overwatch so good?

Here’s how Overwatch became Blizzard’s magnum opus and so successful. Mind you, the list isn’t in order of importance but was made completely random after brainstorming. Here are our outcomes about why is Overwatch successful:

So, let’s dig deeper into these reasons!

It’s been reported that our attention span gets shorter with each generation. Blizzard tapped into this phenomenon and made the matches as short as 10 minutes. It’s good and quick entertainment if you are an adult with responsibilities or a young lad/lass who quickly needs their competitive gaming fix. Also, the transition between matches is so smooth that the match atmosphere or the vibe doesn’t feel like they come off.

Its online presence is huge thanks to 3rd party forums, Discord channels and Twitch streams. This created a word-of-mouth spread and helped the game to reach bigger audiences quickly. A friend invited a friend who invited another friend and the community (read customers) grew so quickly. 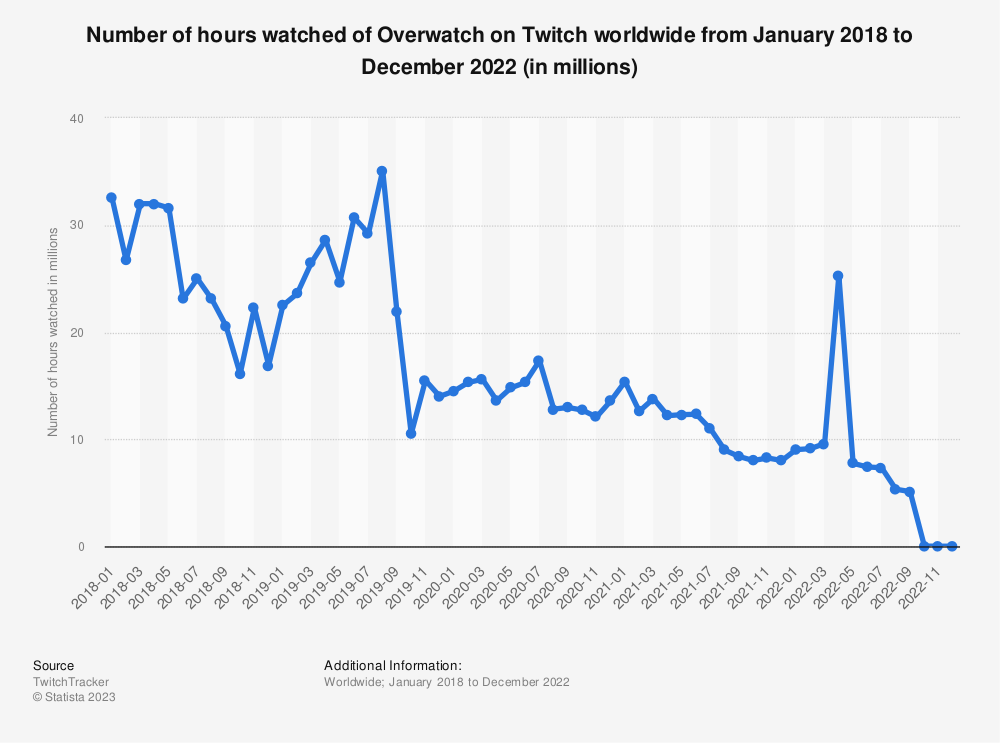 The content is never old because it creates itself. Your competition is always refreshing because you’re playing with different people with personalities and different characters in different environments. Thus you don’t get bored.

It never gets irrelevant because we are currently talking about it. It has an immense community, with many people making Overwatch their go-to or prime game.

It had an easy entry barrier. Though Overwatch 2 needed phone numbers with paid plans, filtering financially unable parents’ kids out of the game with its paranoid “what if they create smurf accounts and cause chaos, oh the horror!” approach but OW 1 was cool. On the surface, it was easy to get in and get the sugar rush you needed without trying to learn too much of the detailed mechanics.

It was the first in its genre. Kind of. Though Paladins preceded it, it was still not out by the time Overwatch 2 came out. Overwatch mixed traditional FPS with MOBA genre and created something new.

It wasn’t pay to win. People from low-income countries quickly got along with the international community and became a part of the brotherhood.

Even if players were complaining about unbalancing (which, by the way, is impossible considering too many characters having different solutions to each other’s attacks), it was fairly balanced and kept meritocracy in check.

Since it is team-based and it favors and encourages team play, the odd kid out of the bunch found a home there. They felt like they were a part of something bigger. This psychologically helps the youth to make friends easier. In the meantime, “tough lone-wolves” got singled out.

It has a level system that acts like a carrot on a stick since there isn’t any real level cap in the game. You could reset it after 100, but then again, you’d gain a star. So this hidden dark design element encouraged impulsive people to play and engage more.

Timed events like Halloween turned the vibe of the matches into something similar to a social gathering without your grandpa chiming in. And this made Overwatch more than just a game; like a cafe, you’re hanging out.

We have to say, the lootbox system abused the impulsive and obsessive, making them buy things they don’t need. People spend thousands of dollars on cosmetic items with no resale value just to look cool; frankly, this is what turns the gear of big companies. Sad but true.

Due to low sales and many other possible variations gaming market crashed in the 80s. It’s been speculated that social norms of the yore in the line of “girls don’t play video games” or “you’re 30, get a life and stop playing games” (alienating 75% of the population) contributed to 80s low sales. Blizzard made sure that they were gender inclusive with Overwatch and with 20% female gamers they kind of achieved it.

The white-robe-effect. Psychologically we feel safer among doctors who wear their robes. It signals their pre-conceived/perceived experience and expertness into our subconscious. In the same vein, the game had Blizzard logo, so people knew it was coming from an industry giant and were conditioned to expect it would be good.

Overwatch became more than a game, a sub-culture icon with its official cartoons, novels, animes, and whatnot. The art community also embraced it and started creating beautiful artworks, circulating online, achieving more people.

Blizzard’s Overwatch was destined to be a successful cultural object, with so many people loving it.