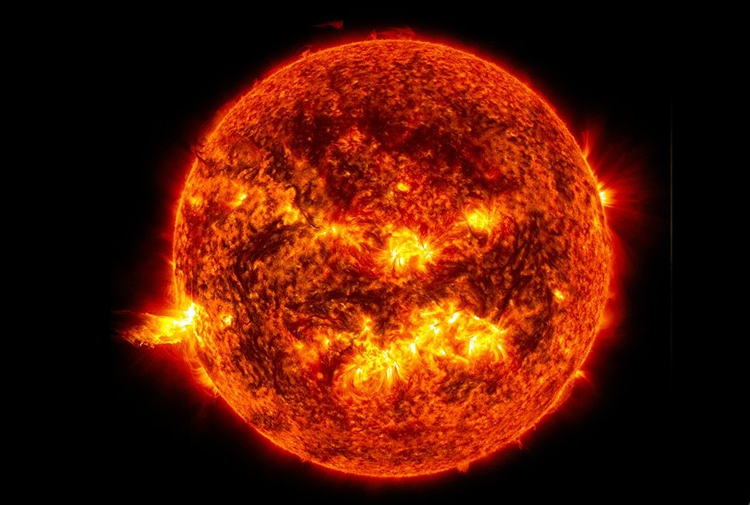 Did you know that the Sun’s magnetic field influenced the formation of the planets? The solar system has eight planets. I know that many of us are still not over the fact that Pluto is no longer classified as a planet, it is a reality that we must accept.

And think of it this way, this has left us with a very symmetrical solar system, with four rocky planets and four gaseous planets; which even have a boundary separating them called the asteroid belt.

It might seem that the four inner planets, the closest to the Sun, are completely different from each other, but they have a lot in common like a solid surface, formed mainly by silicate rocks.

Past the asteroid belt, there are the outer planets: those gas giants, which are rather made up of dense atmospheres of hydrogen, helium, and other gases.

More and more clues are pointing to the fact that it is no coincidence that half of the planets in the solar system are so different from the other half.

The rocky planets are also called telluric or terrestrial, because of their geological resemblance to Earth.

Mercury, so small and with such extreme temperatures; Venus, a hellish place with acid clouds; Mars with its red landscapes and blue sunsets: they all have something in common with each other and with our planet.

Their composition in relation to their small size makes all terrestrial planets very dense, compared to the gaseous planets.

These metallic cores mainly consist of iron, an element with magnetic properties.

The characteristics of the Earth’s iron and nickel core mean that our planet has a magnetosphere, it is an important magnetic field.

But not only planets can have magnetospheres: the Sun, our star, also generates magnetic fields, which we now know had much to do with the resulting conformation of the solar system.

A model developed by two planetary scientists shows that the magnetic field of the young Sun had an influence on the formation and characteristics of the planets closest to it.

The researchers, William F. McDonough of the University of Maryland and Takashi Yoshizaki of Tohoku University correlated the distance to the Sun and the density of rocky planets.

The results were recently published in scientific journals.

At the beginning of their lives, stars form an accretion disk around themselves.

This protoplanetary disk contains gaseous and solid materials, which revolve around the newborn star. Over time, some of these materials clump together and form planets.

McDonough and Yoshizaki’s findings show that the Sun’s magnetic field attracted magnetic materials to its vicinity.

At first, these materials ended up colliding with the young star, but gradually as the protoplanetary disk cooled, these magnetic materials clumped together and gave rise to what would become the iron cores of rocky planets.

The model fits the characteristics of the solar system so well that it even shows the observed variations in the number of metallic materials on each planet.

The farther away the planets are from the Sun, the less metal content they have.

This gives us a better idea of how our solar system formed and can help us understand the formation of exoplanets in other stars.