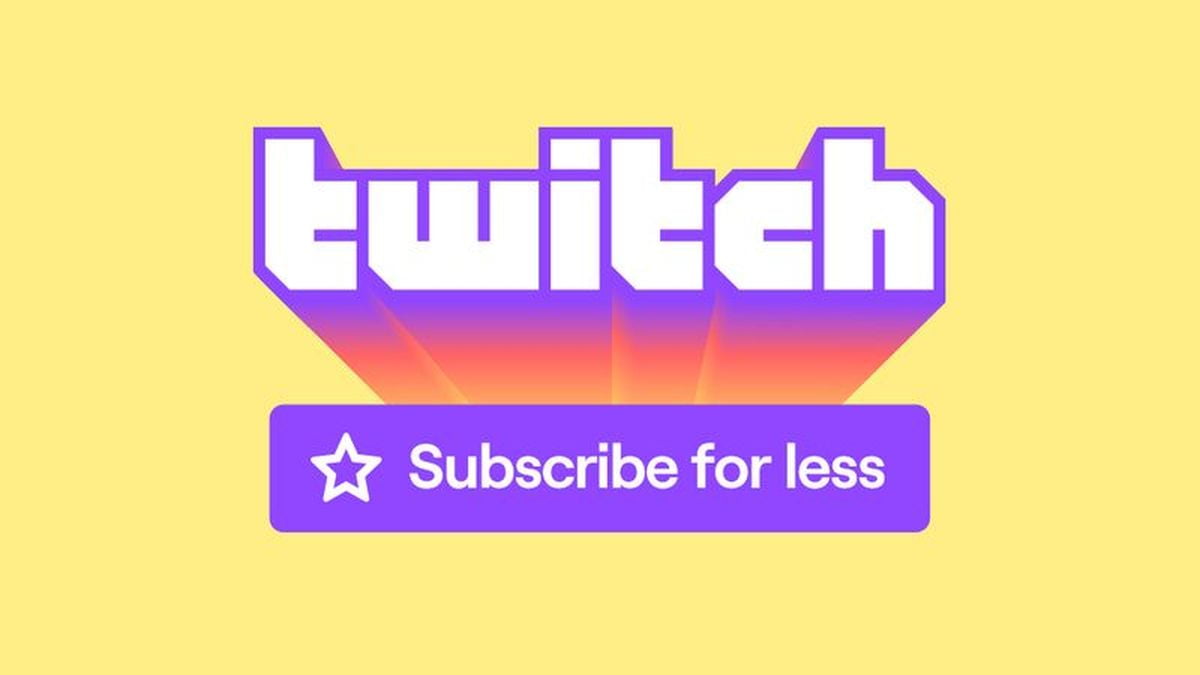 Twitch subscriptions will be cheaper soon

Twitch subscriptions are one of the main avenues for streamers to monetize. They are, along with bitcoin donations, the two direct avenues (i.e., through the platform itself) by which users can support streams. Unlike bits, subscriptions are (or are intended to be) an ongoing show of support, which is renewed month by month, and in the vast majority of channels usually have rewards associated with them, ranging from exclusive channel emotes to additional ways of interacting with the streamer and the community.

Another reward associated with Twitch subscriptions on certain channels consists of offering access to game servers and subscriber-only games. Streamers are aware of the importance of promoting Twitch subscriptions on their channels and, consequently, they incentivize them with rewards of all kinds, something they also remind (in some cases more and in others less) throughout each live stream. In addition, they sometimes set donation goals, either in one day or overtime, which, when met, translate into sweepstakes, special live streams, and more.

With this, it is understandable that the entire community is somewhat revolutionized, right now, by the announcement that Twitch subscriptions will drop in price in much of the world. A measure that will undoubtedly be welcomed with great joy by users of the platform, but that has caught streamers by surprise, who is currently analyzing and trying to assess the measure with the information they have so far.

In its announcement, Twitch claims to have been receiving feedback for a long time, from users outside the United States, indicating that the price of Twitch subscriptions is too expensive for local economies. And the truth is that the claim makes sense, as with some adjustment (e.g., the fake euro-dollar parity), the company has been charging around five dollars per subscription in all countries around the world where the service is accessible, regardless of local economies.

Thus, for example, Twitch states the following: “The percentage of active users in Europe or Asia who support creators with a subscription is about 50% lower relative to North America. In Latin America, it is almost 80% lower”. The approach to the issue by continents does not take into account the difference between different geographies within them.

For subscription price adjustments, the platform will analyze each national economy and, based on that data, determine the appropriate price for each market. This is nothing new or revolutionary, many online services, especially those related to the content, have different rates depending on the country from which they are contracted. With this move, Twitch seems to adapt to this model which, seen from the outside, seems quite reasonable.

The first two countries to benefit from this change in the billing model for Twitch subscriptions will be Mexico and Turkey, wherefrom the 20th Tier 1 subscription (the cheapest) will cost 48 Mexican pesos (two euros at the current exchange rate) and 9.90 Turkish Lira (0.98 euros at the current exchange rate). A reduction of 60% and 80% respectively, which, we understand, will be applied to both own subscriptions and those given to other channel users (regardless of their country, of course).

During the third quarter of this year, the adjustments in Twitch subscription prices will begin to arrive, according to the company, to most countries in Asia, Latin America, the Middle East, Africa, and Europe. And, in case you fear that in some cases the change will increase, here’s what Twitch says about it: “Most importantly, subscription prices in the vast majority of countries outside the United States will be reduced.” Maybe they will increase in the richer countries? It seems unlikely, we think that in any case, the current price will remain the same.

What about the streamers?

Although Twitch does not make public the amount that streamers receive for each subscription, and also asks them not to make this information public, it is known that most of them receive about 40%-45% of the amount of the same, so we are talking about something more than two euros for every five subscriptions.

This, of course, translates into that if now a subscriber goes from paying five to paying two euros per month for Twitch subscriptions, for each of them the streamer will receive 80 euro cents. 40 cents in the case of subscriptions for one euro, as will be the case in Turkey and, predictably, in other countries. A hypothetical Turkish streamer with, say, 500 local subscribers, will go from receiving about 1,000 euros per month, to approximately 200 euros. It is not hard to imagine the streamers’ concern at this point.

To ease the transition to the new rates, Twitch has announced some measures to mitigate the potential negative impact on the billing of content creators. Thus, for creators who meet certain requirements set by the platform, the platform will assume the costs of the change, ensuring that the price reduction of Twitch subscriptions does not translate into a decrease in revenue for creators, through a system of incentives.

Within this system, the platform will calculate an average revenue per hour streamed live on the channels, and in the event of a drop in revenue, Twitch will supplement the monthly payment to creators with the money necessary to avoid such a drop. This support will start at 100% and will be gradually reduced for a year. This is what Twitch indicates in this regard:

“Twitch will cover 100% of the channel’s base revenue and Prime subscription (if necessary) for three calendar months, including the month of the price change. After that, we will slowly decrease incentive payments by 25% every three months for the next 9 months, totaling 12 months of providing revenue adjustment incentives.”

Now a key point, of course, is which streamers will be eligible for this incentive plan. Common sense leads us to think that partners should be on that list, although they may apply higher criteria than is necessary to obtain that rank on the platform. We have more doubts about what will happen with the affiliates (the grade before the partner)m since

In addition to this, and even more importantly in the medium to long term, Twitch claims that it has already conducted several tests in various geographies, where it has been able to verify that a significant reduction in the price of subscriptions did result in a significant increase in the total number of subscriptions in those countries. Their approach, which at least, in theory, seems quite logical, is that with cheaper Twitch subscriptions, more users will subscribe to support the channels they watch.

Twitch subscriptions are, as we said at the beginning, one of the main avenues of audience support for streamers, so changing their price is a complicated move. Cheaper Twitch subscriptions can decrease creators’ revenues, but also increase them if Twitch has done the math right (and you’d think it would have since it also stands to lose a lot if this goes wrong).