Developer found his game on Twitch after 25 years 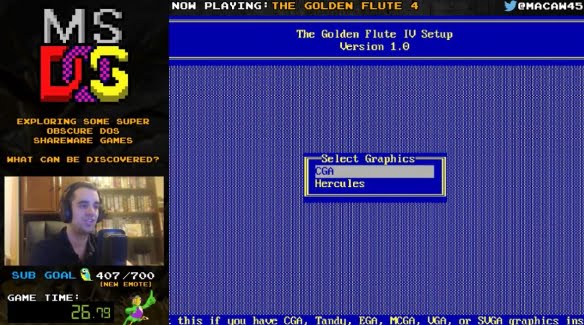 Popular graphics editor Paint.NET’s creator Rick Brewster found the game, he coded when he was 12 years old and then lost, on Twitch.

Brewster loved to make games in his childhood. At the age of 12, Rick wrote his first game named RPG The Golden Flute 4: The Flute of Immortality. He recorded the project on a single disk and then sent it to his cousin. Since then, he has not seen the game, until he accidentally stumbled upon it on Twitch.

Here's the story of a game I made in 1994, when I was 12, that somehow — like some kind of lost, drunken cat — finally found its way home on Christmas Eve after 25 years.

THE GOLDEN FLUTE IV: THE FLUTE OF IMMORTALITY

It is thought that Rick Brewster’s cousin posted it on the network, because it ended up in the Frostbyte archive of retro games, where the streamer Macaw45 found it. The Golden Flute 4: The Flute of Immortality was launched using the DOSbox PC emulator and Macaw45 decided to stream this cool ancient RPG.

Rick Brewster says that he has the first three parts lying around somewhere and he will definitely find them and add them to the same archive. You can download The Golden Flute 4: The Flute of Immortality here.

PlayStation Days of Play 2021: Everything you need to know about the event