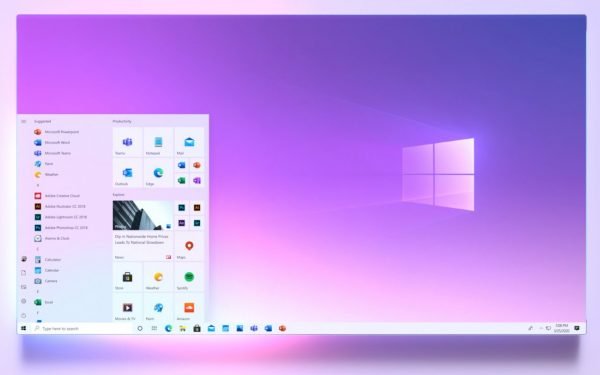 How to use the new Start Menu in Windows 10?

by Emilis Delgado
in How to
Reading Time: 2 mins read

Microsoft added a new Start Menu to Windows 10, here is how to use it…

Microsoft will release a major update to the Windows operating system in a couple of months. One of the main innovations will be a redesigned Start menu . As it turned out, you can get a new Start menu without waiting for the release of the autumn update of Windows 10 under the code number 20H2.

How to activate and use the new Start Menu in Windows 10?

Users of the May version of Windows 20 May 2020 Update (number 2004) can activate the new Start Menu thanks to a recent optional update and a little registry trick.

Earlier it was reported that the fall update for Windows 10 20H2 will be organized as a “service pack” for the May 2004 version and will receive a small size. New functions that are already present in the OS in a form hidden from users will be activated using an “activation key”.

We should remind you that such unofficial tricks should be performed only at your own peril and risk, as well as you should guarantee your safety with backups. If you are not used to dealing with the registry or do not know what it is, then it is better to wait for the release of the official update.

How to find the Roku IP address?

How to cancel a Zoom Pro or Business subscription?