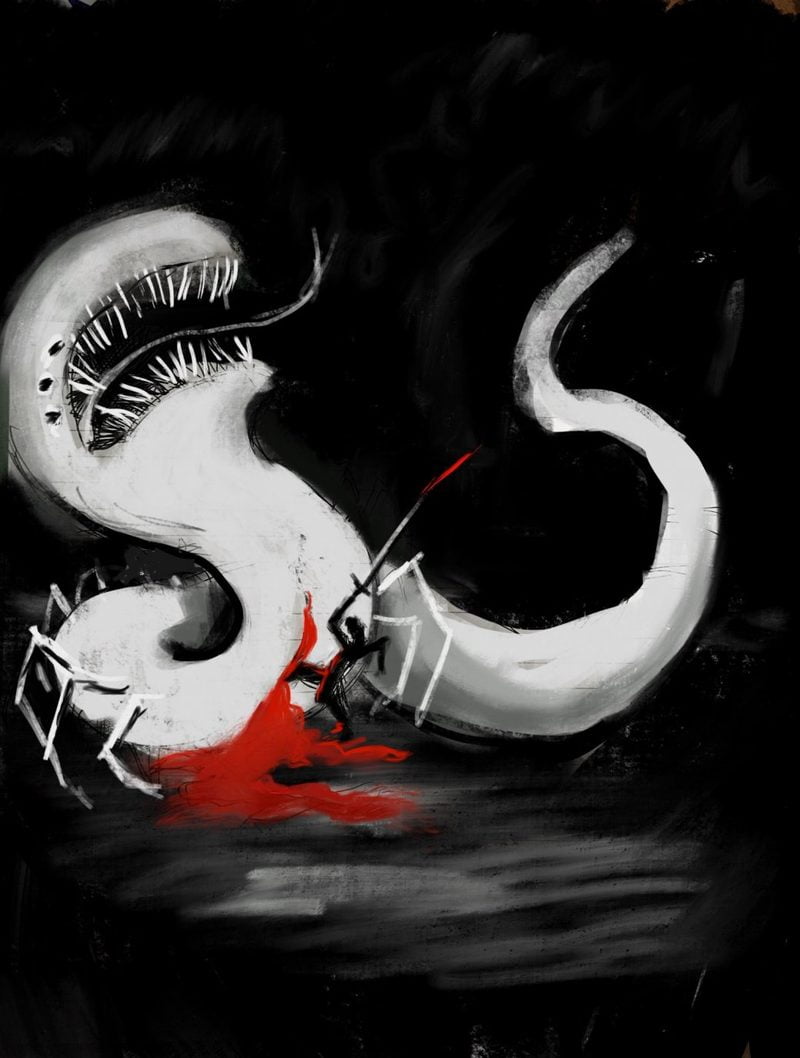 In TV series The Witcher you can see all kinds of dangerous creatures, but it turns out that there were more.

Screenwriter from the series, Declan de Barra posted on his Twitter a drawing of a monster called Silk, with whom Geralt had to fight. And he fought at the beginning of the 4th episode, but it stayed behind the scenes. The viewer only learns about this battle from the words of the blood-covered monster Geralt and his employer. But the battle itself did not end with the death of the creature. Geralt even had to fight with the offspring of the monster.

The monster himself was also not present in the books of Andrzej Sapkowski.

In 104 we meet Geralt after he has killed a beast called a Selkie Maw. Originally he was going to be swallowed by it, cut his way out & be chased by fifthy squirming baby selkie maws. Sketch I made when pitching to room… pic.twitter.com/0B30uZI3Mr